FMR continues to celebrate the Best Fake Movies of 2018 Challenge. Each day we unveil another movie that made significant impact last year. Note that we aren’t trying to predict the winners of the Oscars, just having some fun. That being said, the eighth best fake movie of 2018 is…

VICE’s anarchic style and sharp sense of humor despite its extremely dark subject matter are a testament to the talents of director Adam McKay. McKay’s early work as a filmmaker began by spoofing the incompetence and greed of toxic white male blowhards in such hits as Anchorman and Talladega Nights. His growth as an artist has led him to depict how the endless narcissism of his subjects are a real danger to the world around them, first in The Big Short and now in VICE.

But the line connecting the buffoonish Ron Burgundy to the possibly sociopathic Gavin McInnes is clear. In a strange way, McKay’s changing approach to his subjects mirrors McInnes’ own path from winking bad boy to literal Neo-Nazi.

Of course the lion’s share of the credit for VICE making FMR’s best-of-2018 list falls squarely on the shoulders of Jonah Hill. Hill’s performance is a revelation, and he should finally win an Oscar after being twice denied for his tour de force performances in Moneyball and the The Wolf of Wall Street. You won’t be able to take your eyes off the Superbad star as he channels the megalomaniac narcissist that singlehandedly defined beards in the early 21st century.

If you need any more evidence to convince you Jonah Hill deserves to get an Academy Award (at long last), just behold the physical transformation he underwent to truly become Gavin McInnes. 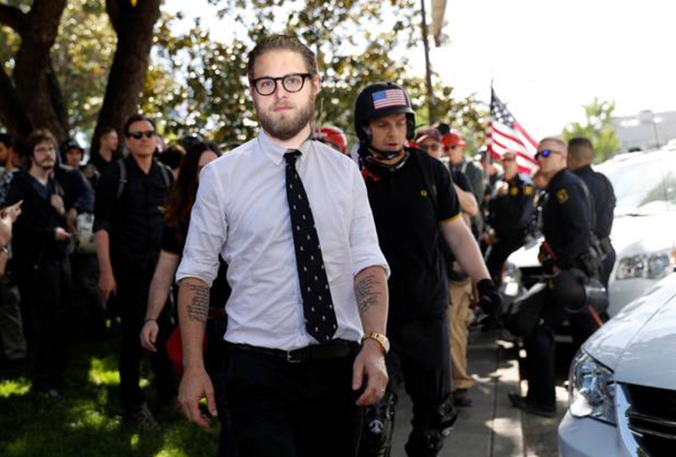 Hill shed his iconic chubbiness and built up many pounds of muscle at terrible personal cost in order to more accurately portray McInnes. He also appears to have grown several inches taller, though it’s possible this effect was achieved via trick photography.

What the rest of the critics are saying:

“Jonah Hill is back baby, and he’s bigger and stronger than ever!” – Eric D. Snider, EricDSnider.com

“I wanted to vomit after seeing this movie and so will you.” – Legs Lavish, Popula

“Jonah Hill is absolutely revolting as the odious Gavin McInnes and for that he deserves many many awards.” – Mara Reinstein, Us Weekly